I worked for many years in the port of Genoa. It used to be customary to see stacks of old papers on the docks.

One day, passing near a large pile of papers, the wind blew a letter in my direction. It was a signed and dated April 19, 1881 by an editor of the Swiss newspaper in California “The ELVEZIA” and was sent to the village of Coglio in Ticino. The editor organised the collection of money among the Ticino community in California to compensate, in part, for the loss of the house of Mr. Charles LAFRANCHI destroyed in a fire.

The names of many Swiss immigrants who made donations are listed in the letter. 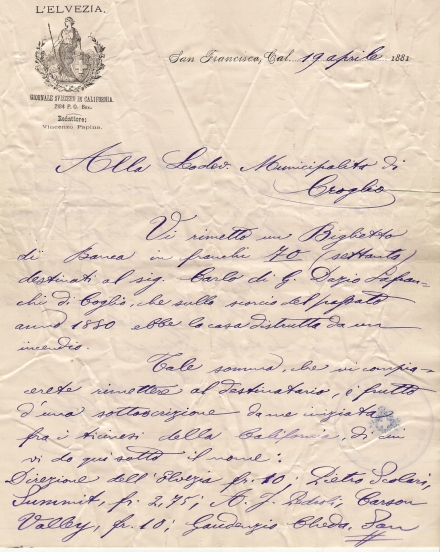 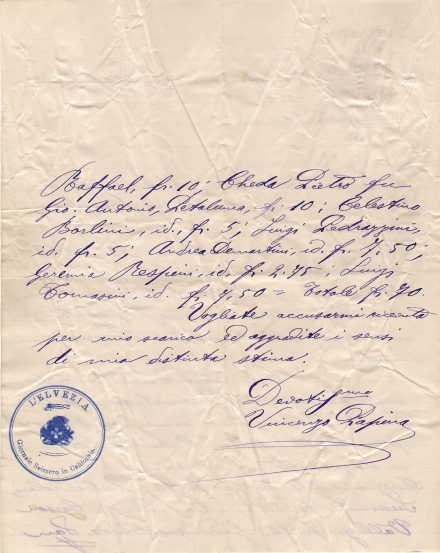 2 thoughts on “The Lafranchi letter carried by the wind”