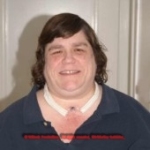 I also have ancestors from Gordola, Sonogno and Biasca as well as Primaluna, LC, ITA (just to mention a few).

Around the 1880’s my great great Cerini grandfather came to California, USA but didn’t stay here permanently. Folklore states he made a few trips back and forth between the US and CHE.

6 of his children also came to the US, the majority settling in Northern California. The folklore I would love to prove is that he fought with Teddy Roosevelt in the Indian Wars.

My great Cerini grandmother married a Malugani from Primaluna, they were married in Giumaglio. He came to the US first in the 1880’s and she and 2 children (one being my grandmother) followed a few years later.

My Marci grandfather came to the US at the turn of the century with his brother and at least 2 sisters coming after. Folklore I would love to prove is that he served in the Swiss Army before coming to the US.